Warning: "continue" targeting switch is equivalent to "break". Did you mean to use "continue 2"? in /home/strateg1/public_html/blog/wp-content/themes/suffusion/functions/media.php on line 694
 Sale Overview: 02.04 – 02.10 – StrategyZero

It was the shadow over the city which prompted people to look up. Not that they haven’t seen a large spaceship before, they went by all the time to the spaceport just outside the city. They simply never passed so close or hover still in mid air, that was different. It also allowed for an unusually enjoyable look at the ship’s design. It was truly a marvel of engineering. For its massive size it seemed incredible that it could move so fast between planets. It was also a wonder how it could float silently on top of everyone’s heads. Someone joked that they hoped the engines had been serviced lately as he didn’t have his hardhat at hand, only to be booed. That was a good example of how much trust went into the spaceship’s quality.

It came as a surprise when people started noticing that the shadow began to extend and enlarge and that the elaborate design of the hull was easier to see with every second. Panic promptly took hold of people when a wing cut diagonally through a skyscraper and the tail cut another in half. While buildings have precautions in place to disintegrate falling objects the debris made a smoke screen which difficulted breathing and maximised the chaos. Emergency services quickly arrived but they were ill equipped for such a situation. There was, in fact, no one ready to tackle a spaceship crashing into a city and as the hull smashed buildings it ultimately ended the life of hundreds, maybe thousands even.

The simulations were run time and again but the emergency services found out that nothing they could do would’ve prevented the catastrophe. It was a dark taint in their proud record of service yet people simply didn’t care. It was the losses that had brought the city’s mood to the floor. It was a sense of vulnerability and distrust from what once had been unshakable belief in technology. Investigations on the spaceship’s engineering, quality of material and maintenance showed that costs had been cut and that, in the pursuit of profit, lives had been endangered. No one was surprised; just like no one raised an eyebrow when company directors were left untouched. In every time and age, money prevailed. And so, the world continued as it always did: ever changing, yet always the same. 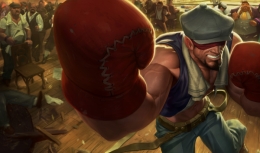