Warning: "continue" targeting switch is equivalent to "break". Did you mean to use "continue 2"? in /home/strateg1/public_html/blog/wp-content/themes/suffusion/functions/media.php on line 694
 Sale Overview: 04.29 – 05.05 – StrategyZero 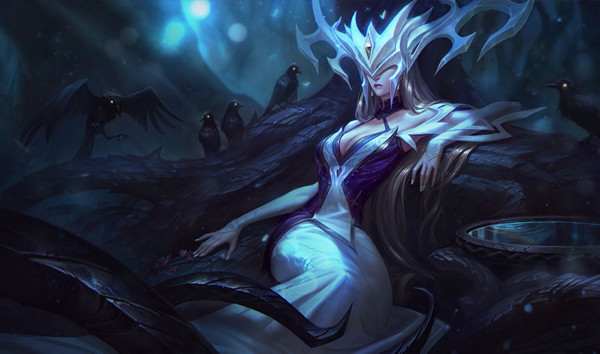 Introduction: The Coven and the Forest

“Twisted branches that reach to each other, trees embracing in a mockery of a hug which covers the entire forest with a thick, heavy canopy that prevents the Sun from reaching the ground.” It was a delightful description the witches enjoyed to recite. The eternal darkness of the forest was the perfect cover for many an unholy act. The forest had been silent witness and even active participant of these rituals and as such it had received a degree of consideration. Sometimes, these considerations had given power to it and other times it has absorbed the remnants of power left by the rituals. Such combinations had done little for the sanity, if that could be said, of the forest but much to mould it into the perfect lair for a coven.

The witches would meet and discuss all kinds of matters, including dominion over the dark arts. The forest, understandably, had much interest in these gatherings for much forbidden knowledge was exposed to those present. The witches never knew how interested the forest was but they were well aware of how they had changed it. Initially it had been perceived as an unintended and even unwelcome effect. However, as the forest became such effective protection against certain forces whom would rather burn everything with blinding light they had carefully shaped the forest with their spells.

There was no discernible day or night in the forest but the trees did have to stand the sunlight on their upmost branches and leaves. It had become a torture as their sinister diet ensured that sustenance was never lacking. As such the forest had slowly dried an outer area as the living vegetation had retreated under the protective darkness of the dead bodies of those unfortunate enough to have been left on the outside. There were projects to plant new trees around the dried exterior but they merely engrossed the shield protecting the forest. Whatever was in the soil it simply didn’t allow for new life.

And yet, the forest always seemed to be advancing, slowly reaching further and closer to the roads and paths leading to the cities. It was an unnerving and ridiculous thought to consider that the trees could be moving. After all, what where they doing, rising and walking towards populated areas? Of course not, but closer they were always found. The witches were aware and rumours abounded about what could happen in their meetings in the deep forest. Whatever it was, no one dared ask and about the forest’s behaviour nothing was known then. However, the witches had realised that they might’ve created a monster which grew stronger every night. They could try to stop it but also hinder their own pursuit of forbidden knowledge. There had to be a balance to it, as it was with all things in nature, but the question remained: would they find it before it was too late?