Warning: "continue" targeting switch is equivalent to "break". Did you mean to use "continue 2"? in /home/strateg1/public_html/blog/wp-content/themes/suffusion/functions/media.php on line 694
 Sale Overview: 12.12 – 12.15 – StrategyZero

The staff glowed and its light spread like a spear on the body of darkness it was submerged in. The archer and the soldier stared at the magnificence of the weapon. “It’s a wonderful artefact, isn’t it?” “Sure, but how are we going to get it out of here?” They couldn’t get near, the light was too intense and where the rays touched the rock of the cavern it scarred it with a scorch. Getting near was impossible, something easily demonstrated after shooting an arrow which disintegrated in flight.

“There’s one piece of good news.” “Really?” “No one can steal it from under our noses.” The statement lost strength as soon as it was spoken. They needed a way to get the staff and it was obvious they had to stop it from radiating light. The darkness reeled backwards at the light but was able to stop it after a distance. They noticed that, being the light so intense, it should go much further than the oval area it covered around the staff. The question was: how to make use of the darkness?

The horrors that lay in the depth of the earth are as innumerable as they are unmentionable. Luring one was as easy as being seen by it. Archer and soldier decided to play it safe and get two to follow. They ran until they saw the light ahead and gave way to the horrors: both stopped in front of the light. Neither stepped forward or tried to be curious but they were slowly being attracted towards the staff, nonetheless. They were inexorably pulled to an end that neither veteran of many dire battles dared to witness.

The staff seemed to be satisfied by the dose of darkness and its light quieted. Another testing arrow revealed that it seemed safe enough to approach. Enveloped in a thick cloth the staff was carried out of the long-winded cavern to the surface. They quickly made their way back to town and didn’t waste time in putting it inside a dark, heavy chest made of a strong metal. Perhaps that would be able to contain the artefact before it required another dose of darkness; perhaps. The question now was trying to find a buyer crazy enough to get it. Knowing more than a few mad magic users it was probably not as difficult as it sounded. 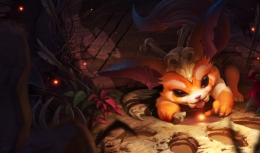