Warning: "continue" targeting switch is equivalent to "break". Did you mean to use "continue 2"? in /home/strateg1/public_html/blog/wp-content/themes/suffusion/functions/media.php on line 694
 Sale Overview: 06.19 – 06.22 – StrategyZero 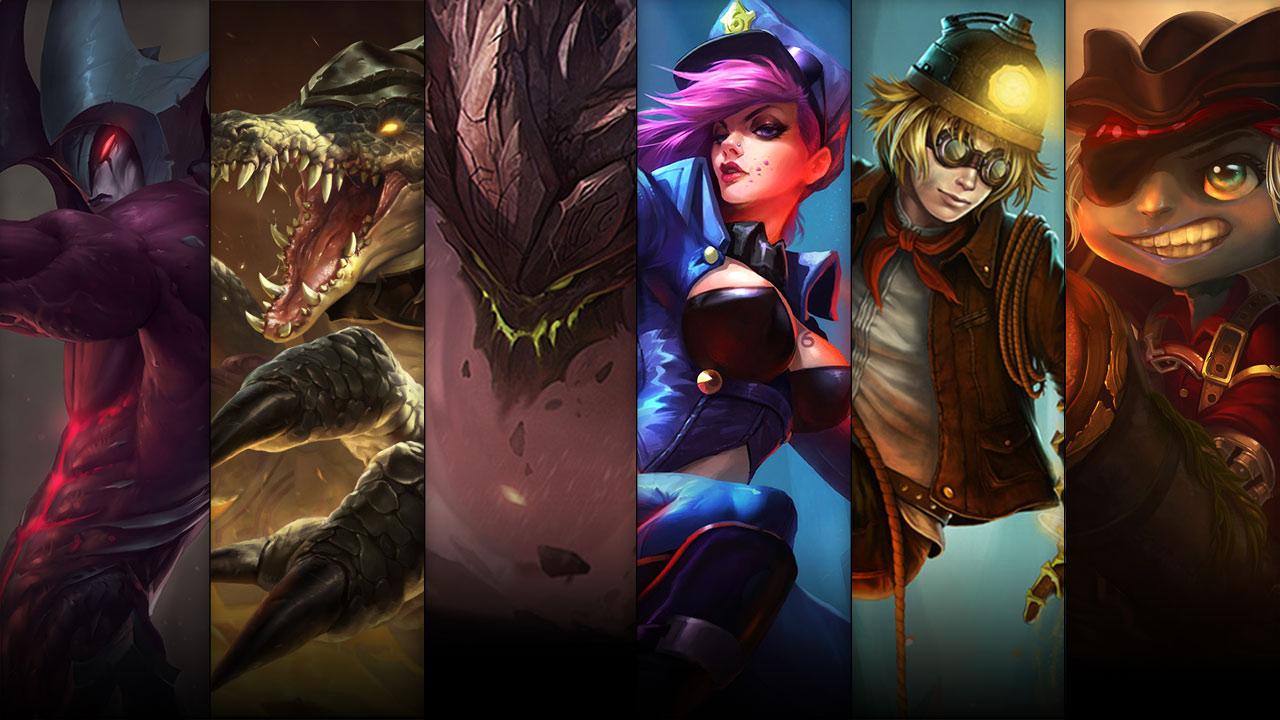 The impactful arm of the Law meets the desire for discovery and some plundering, when appropriate, in this weekend sale. If everyone behaves things don’t need to get out of hand so let’s move quietly.

In practical terms, Officer Vi is skin that relies completely on her beauty. The policewoman parody makes her look more like a stripper and less like a joke. Her appearance is surely attractive but more could’ve been done so if you are just interested in looks it’ll suffice.

A little tribute to Indiana Jones wouldn’t be unsuitable but Explorer Ezreal’s execution is an uninspired way of doing so. The aspect has some of the expected elements but everything is done plainly and the result is a tad dull. If you like the idea behind the skin it can be a passable option but it can also be disappointing.

As far as deadly, cartoony pirate ladies go Buccaneer Tristana is a fine example. While neither clothing nor cannon are particularly detailed or interesting they communicate the message effectively. Her iconic yordle figure competes for attention but, considering the low price, it’s a skin that does enough to be worth taking into account.

Nobody understands Aatrox, they call his work a hack-job but who would you rely on if you want to cut on IP expenses? Still, be sure that’s what he’s cutting; RP may help in that regard. Speaking of cuts, Renekton can also lend his skills but you better place the RP in his face lest he start cutting without a worry or aim; he loves that though. Finally, Malphite comes as a blunt counterpoint to these gentlemen: his IP price is quite reasonable so there’s no point in spending RP.

There are people that have bad reputations but that, actually, do try to improve their image. Take Aatrox for instance, it doesn’t matter if he becomes a Justicar and lends his services to order, even at a discount like last August, he’s still considered a bad influence. Perhaps that’s why he’s still reticent to discount his mass produced Mecha version. Sometimes you just need a little reassuring that you’re doing a good job.

Throughout his long, crocodilian life Renekton has seen his fare share of battles. He keeps the armours that have made his renown in each struggle, he’s seldom away from them, so this April we saw his Rune Wars armour and in February his Outback gear; because survival is also a battle. Then, we should be seeing in the future his Bloodfury armour, which last appeared in December, and his Pool Party gear, last seen in September. Water wars are wars too: nobody wins, everybody ends drenched. Thus, we shouldn’t be surprised if Renekton is just waiting for the right time to unleash his Scorched Earth armour on the market because his Prehistoric suit is still a bit too new for discounts.

For a rock golem Malphite is rather versatile though his options have been limited, lately, due to some trouble with the Legacy Vault. That may explain why he can sometimes be seen in a Glacial mood, with accompanying frost, as was the case this March. At least, he wasn’t burning like Obsidian which is something that he has luckily avoided since April 2014; he certainly has been cool for a good while. The only thing left is for him to prepare his Mecha version for the market and offer a discount. It’ll come eventually as Malphite knows how to make a triumphant entrance.