Warning: "continue" targeting switch is equivalent to "break". Did you mean to use "continue 2"? in /home/strateg1/public_html/blog/wp-content/themes/suffusion/functions/media.php on line 694
 League of Legends: Nunu Skins’ Review – StrategyZero 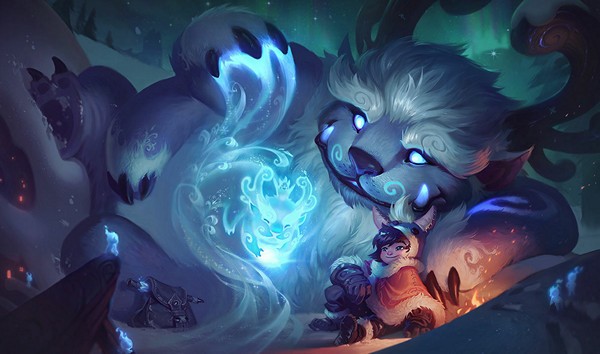 Nunu & Willump, the Boy and His Yeti

Nunu & Willump, the Boy and His Yeti are a good example of cooperation: if the yeti doesn’t kill you, the kid will. From old tales to new adventures they are always together and this inseparable duo may hold a power that can affect even their appearance. Thus, this union is also present when the time to choose a look comes, because they always match each other. If you need a guide to throw ice-balls or freeze your surroundings with style, this skins’ review can lend you a cold hand.

Nunu and Willump display several styles that range from traditional clothes to future technology. Regardless, the skins seldom impress with their choice of concept and way of execution. The safest recommendation is Demolisher Nunu & Willump: a good choice if you want a more serious take on the duo. It’s essentially and armoured version of Nunu and Willump but fitting and appealing.

Another recommendation, mainly for monster fans, is Zombie Nunu & Willump. The concept is very well executed and so all the unpleasantness of a zombified duo is plainly displayed. The vile aesthetic will probably not appeal to everyone, despite the cartoony approach, but there’s no doubt that a lot of work went into making the skin special and it surely is. Not everything is as well done as it could be but the sum of its parts presents an interesting skin that fans of horror will appreciate and enjoy.

Dedicated Nunu & Willump fans would do well in considering Nunu & Willump Bot as a recommended option. In terms of effectiveness the skins delivers an appealing robot concept. However, while the style stands out the implementation does rely on the refined Classic base so changes can feel sparse. Regardless, they don’t fail in developing the theme; though not as much as the skin could and should. Still, for fans of robots, Nunu & Willump Bot is a great choice.

Sasquatch Nunu & Willump bases its appeal on Willump’s new look. It’s a superficial skin but different enough from Classic. For what it offers, it’s acceptable.

Workshop Nunu & Willump deliver enough of the Christmas spirit they ought to. Willump steals the show but Nunu contributes what he can. Still, collectors and dedicated fans may find more value.

Papercraft Nunu & Willump is a good skin. It’s not great as the adaptation lack enough depth to make the changes stand out. Still, between the use of paper planes, balls and ripping the very page they stand on there’re a few things to like in the skin. If you like the theme then the skin won’t let down.