Warning: "continue" targeting switch is equivalent to "break". Did you mean to use "continue 2"? in /home/strateg1/public_html/blog/wp-content/themes/suffusion/functions/media.php on line 694
 League of Legends: Orianna Skins’ Review – StrategyZero 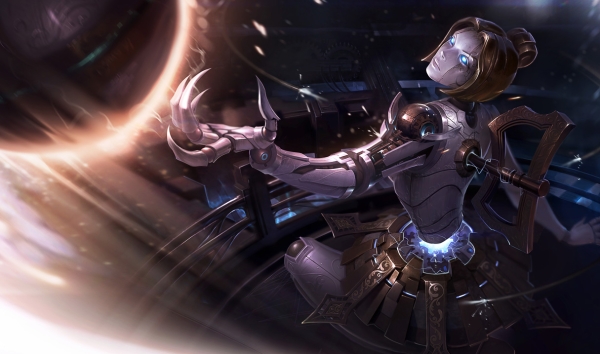 Orianna, the Lady of Clockwork

Orianna, the Lady of Clockwork is quite a unique champion both in mechanics and skins. Her skins are based around different versions of a doll: you can choose between porcelain and stuffed doll variants. If you want more details to command the Ball with style, read further on this skins’ review.

Orianna’s skins are good, the question is: how good are they? Gothic Orianna seems a bit too familiar when compared to Classic Orianna. It may be a worthy purchase only for Orianna fans or those fascinated by dark looks but at least the price is reasonable.

Sewn Chaos Orianna is definitely the best, not only does it have a good concept but also good execution. The skin deviates much more from Classic Orianna and feels fresher. Moreover, it provides all of this for a low price so if you like Orianna Sewn Chaos Orianna is a fantastic choice.

Bladecraft Orianna is a skin that provides a more distinct look while still staying in the realm of re-models. It’s not bad for its price but fails to provide that little extra to reach excellence.

Winter Wonder Orianna is a skin that should’ve been more elaborate due to being part of Snowdown Showdown. The model is charming but the particles uneven and there are no further changes. It’s a nice skin with a lot of appeal but not up to the expected standard.

Heartseeker Orianna is a rather elaborate skin from the waist up and dull underneath. The appealing motif that communicates the theme is clearly present in the dress and Ball. Besides, it’s even furthered by the particles. However, the dull legs, insipid sounds and high price let down. Therefore, Orianna fans will find something to like in Heartseeker but it’s something better caught on a sale.

Dark Star Orianna is a skin with some noticeable problems. The design can be convoluted and simplistic depending on which element of the model is taken into account. Particles are difficult to appreciate despite their interesting designs; the trails in particular. Sounds support the skin but end up too homogeneous. Still, there’s a perceivable effort to make the skin attractive beyond its classic dependency. If issues can be excused then it can be a nice option for space fans.

Victorious Orianna is a skin with great looks as evidenced by the model and particles. The sounds reinforce the lavish music box aesthetic and the recall supports the concept well. Still, it’s only looks we have here, good ones, but there’s no depth. Those that can get the skin will get good looks but those that can’t won’t miss any depth of content.