Warning: "continue" targeting switch is equivalent to "break". Did you mean to use "continue 2"? in /home/strateg1/public_html/blog/wp-content/themes/suffusion/functions/media.php on line 694
 State of Things to Come – StrategyZero 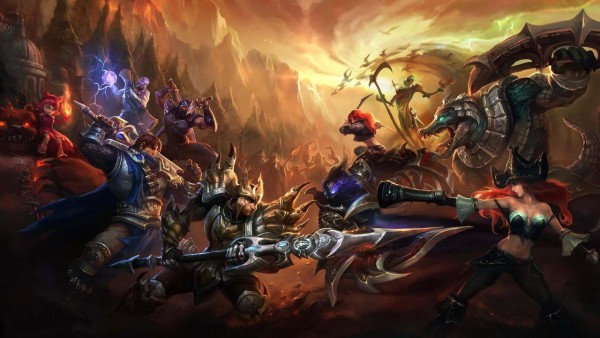 As you may have noticed, updates have stopped on the site. League of Legends isn’t the game it was and it’s also not as fun as it once was. The spectrum of Runeterra-based games now explains part of it. Riot’s focus has expanded yet it doesn’t seem to be to the advantage of League of Legends. Regardless, we kept reviewing skins because people found them useful. We did notice, though, that for a good while skins were released at an average level with three stars being the most prominent rating. Analysis came down to how superficial the execution was of familiar, safe themes. There were exceptions, as in everything, in both skins and also game features but the overall feeling was that League of Legends was no longer as exciting as it once was.

We have to add to this that the blog has never been able to cover it’s minimum costs. Neither web hosting nor registrar fees have been something we could stop worrying about. However, the website and the game were worthwhile and we actually learned a lot from both. Thus, we kept on. We are no longer able to justify it, though. With the game losing its magic and the doubling of web hosting fees this year there’s no logical reason to keep the website running. The most logical step is to move to other projects which evoke the same passion we once felt. While it would be nice to return to what once was such an enjoyable part of our lives we have to accept the truth and see that things have changed and they have moved in a direction we can’t follow.

We owed you all an explanation for a good time now. It didn’t come because we were holding on to what little shred of hope we could so that, perhaps, somehow, if things change we could find a way to make the site work but, we haven’t. There are many ideas but the result is always different from what we would like to recapture. We have to accept the reality: things changed, the game, blogging, reviews, websites, everything has changed. We don’t see a place for us in it. Not now, perhaps in the future, maybe in another project but, unfortunately, not following the same recipe we have until now. A website that can’t support itself based on a topic we no longer are passionate about has no reason to be.

If we manage to cover web hosting and registrar fees we would like to keep the site around. It may be a little outdated in places but it can be a useful archive of reviews for League of Legends. Probably, it’s just us trying not to let go of a part of our lives which was rather meaningful and enjoyable. We managed to be in contact with wonderful people from all around the globe. We all shared a passion for a game which was changing the way games are perceived. You could say we were witness to a history which might not be revolutionary but could be something to tell to a select few who would understand or even share such a passion. We would like to keep the flame of hope alight. We would but it’s not enough. We are sorry this is the way things are but we can say with a clear conscience we tried all we could think of. Is there still a bit of hope? Of course, there always is. For now, we simply walk the path towards the inevitable yet hoping for the best.

Thank you all for being a part of StrategyZero and best of luck in all your endeavours.