Warning: "continue" targeting switch is equivalent to "break". Did you mean to use "continue 2"? in /home/strateg1/public_html/blog/wp-content/themes/suffusion/functions/media.php on line 694
 Sale Overview: 07.14 – 07.17 – StrategyZero 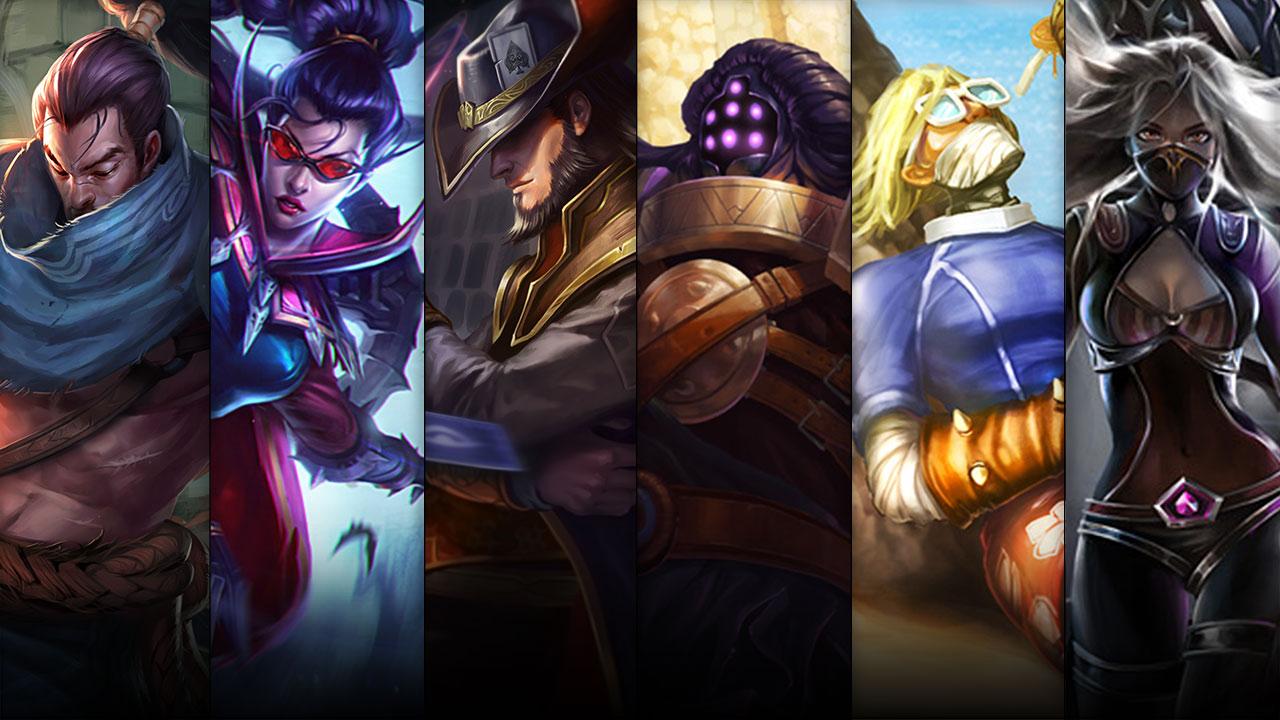 A singular antagonist, a liking for good waves and a mastery over dark blades appear in this week’s sale. There are some nice options at the market and we’re going to take a look at them now.

Even though the general aspect is well stylized it’s also believable and so Nemesis Jax makes for an appealing warrior. It’s a skin that though not at the level of its splash art manages to convey a fitting and distinct style. For fans of Jax it’s a rather good option despite the unfulfilled promises of the splash art.

In spite of the noticeable model changes and attempts at humour Surfer Singed is a skin that doesn’t convince. Not only does it not make the most of its concept but it also asks for a price that bears no relation to what little is offered. Thus, unless you are a huge surfer and Singed fan, this is a skin for collectors.

With a simple idea behind it Nightblade Irelia essentially turns the Will of the Blades into a ninja; or more properly: a kunoichi. The changes are limited but the dark suit is eloquent even if the rest is barely re-coloured. Regardless, the main message comes through so it’s a modest but appealing skin for Irelia.

The wind tells stories and one that listens can learn a lot; like how to save IP. If that is you problem then ask Yasuo, he has a solution: a lot of RP. Vayne also knows that if you want to preserve IP then you need enough RP; the night is a dangerous time to be unprepared. Finally, there’s no need to take any gambles with Twisted Fate: his IP price is low enough that it shouldn’t pose a problem.

It happened that right after the year turned into 2015 the High Noon swordsman paid a visit to the market. He was in a good mood so he offered a discount for his services. However, there was no way of making loose his tongue on that mysterious PROJECT that everyone is talking about. Perhaps soon we’ll know more about it.

Vayne’s Arclight endeavour has been a failure so she has devoted her time to other things. For instance, in April she was a Vindicator and in January an Aristocrat; there’s no telling where darkness could strike. Therefore, soon we should see her joining as a Dragonslayer or Heartseeker; as in November and October. Wherever evil reveals itself it’ll find Vayne staring right back.

“Pick a card.” says Twisted Fate and see what your luck chooses for you. He often indulges in such games and so recently he had to prepare his Red Card for a football match, in June he had to dance a Tango and in January he became a Jack of Hearts. As the deck thins fewer options are left so it’s only a matter of time for him to appear dressed as a Musketeer or ready for a duel at High Noon; he did exactly that in October and May, 2014.